You Don't Own Me

You Don't Own Me by Jenell Diegor

There comes a point when you've just had enough.

You Don't Own Me is a film written, produced, and directed by Jenell Diegor (Four Sides, Dear Dylan), starring Nicki Rampage (Project Guatemala) and Francesco de Francesco (Race for the White House, Untold Stories of the ER).

The film tells the story of Trish (Rampage), a sex worker who is on the verge of calling it quits and her pimp Ray (De Francesco) who continues to charm and belittle her at the same time.

Also starring Steve Kasan (Depth of Pyaar, Exorcism) in a supporting role. Hair and makeup is provided by Kesha Lyte-Atkins and crew members Caddy Lac, Kaitlyn Mann, and Rebecca Stol handled all the lights, sound and other tasks. The film features the 2021 single Without You by award-winning singer/songwriter Chad Beloin.

Shot in Toronto, Canada with an all-female skeleton crew of five, You Don't Own Me is a passion project fully funded by Diegor from the proceeds of selling some of her favourite basketball cards.

Nicki Rampage is a Scarborough-born talent best known for her striptease on the stage of the prestigious Brass Rail Tavern in downtown Toronto. Appearing as herself (The Stripper) in 2013's Project Guatemala and in 2021's You Don't Own Me, Nicki is proud to contribute to more diverse stories about sex workers in the media.

Francesco De Francesco is grateful to have worked on Asian on Mission Productions' "You Don't Own Me". He has experience in film, television, and theatre. He is best known for his work on Clash (2021), Untold Stories of the ER (2020), Enchanted Mafia: Dark City (2019), and Race for the White House (2019). 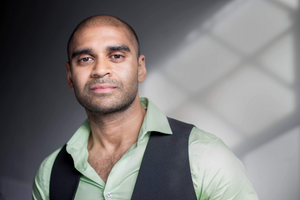 Steve Kasan is an actor, writer and illustrator from Toronto, ON. A character performer with over 5 years experience in film, tv, and other visual mediums, his most notable roles have been on the Vice series, Dark Side of the Ring, LifeChanger, and Blood Rites of the Vampyr.

As of April 25, 2021, You Don't Own Me has been selected by 21 film festivals, along with earning several awards and nominations:

Asian on a Mission

is a production company that is geared towards creating films, screenplays, novels, short stories, travel guides, courses and film festivals. The name stems from Jenell's personal travel mission of visiting the New7Wonders of the World alone - a feat that she completed on July 30, 2016!